According to RAINN, every 68 Seconds, an American is sexually assaulted. “Sexual violence affects hundreds of thousands of Americans each year. While we’re making progress–sexual violence has fallen by half in the last 20 years–we still have a long way to go. Even today, only 25 out of every 1,000 rapists will end up in prison. Will you join Peace River Center, FCASV, RAINN and other prevention organization in raising awareness about sexual violence and what we can do to prevent it?

Sexual Violence Happens in Relationships Too

Sexual assault and rape can happen to people in all contexts, including marriage, dating relationships, friendships, child-parent interactions, employer-attendant relationships and stranger interactions. Rape and sexual assault are never the fault of the survivor. It is the behavior of the perpetrator that is wrong. Peace River Center Victim Services is here for you. We provide free and confidential support 24-hours a day by calling 863.413.2707. Learn more about Peace River Center Victim Services Sexual Assault and Rape Recovery Program.

Remember, at any point in a sexual encounter a person has the right to STOP. It is never too late to say NO. There is no such thing as uncontrollable sex urge, so there are no excuses for not stopping. Remember, when you don’t take “no” for an answer in any form you’re infringing on another person’s rights. Forced sex is not sex. It is a violent crime, even if you know the other person or are out on a date. Rape is illegal and can put the perpetrator in jail for a long time. It also causes lifetime consequences for the victim.

Saying “No” Without Saying the Word

Sometimes people have a difficult time directly stating they don’t want sex. People will say or do things that mean NO without actually saying the word. This can be confusing to the other person, especially in a romantic relationship or if the person has previously seemed interested. Oftentimes people don’t understand when a person says “I don’t feel like it” or “I’m not sure yet” that means NO. Don’t assume you know what the other person wants. Always seek consent. Stop your sexual advances if the other person indicates no interest or if they say “no”.

Actions That Mean NO 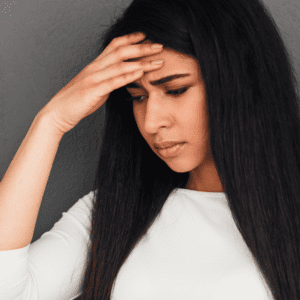 As RAINN notes, while there’s no way to eliminate the chance that something may happen, there are strategies that may reduce your risk or give you the confidence to step in to prevent a sexual assault. Check out their resources for Parents and Students as well as additional Warning Signs. You can make a difference. You can help Peace River Center eliminate sexual violence in our community.

Engaging in any type of sexual activity without the explicit consent of your partner is sexual assault. If either party is under the influence of alcohol, consent cannot be given. When there is the slightest doubt about whether a person is comfortable with the sexual advance, ask him or her directly and respect his or her limits and response. Otherwise, you are pressuring that person to do something against his or her will, and you could guilty of committing rape.

Peace River Center Victim Service advocates will respond within one hour to local hospitals to provide survivors of sexual assault with resources. We help sexual violence survivors with paperwork and provide clothing, flip flops and emotional support. For survivors age 18 and up, we also offer a forensics exam alternative at our office rather than the local ER. Our compassionate, professionally trained sexual violence advocates are standing by 24-hours a day to help you. Just call Peace River Center Victim Services at 863.413.2707.

Get news from Peace River Center in your inbox.

By submitting this form, you are consenting to receive marketing emails from: Peace River Center, 1239 East Main Street, Bartow, FL, 33830, US, http://peacerivercenter.org. You can revoke your consent to receive emails at any time by using the SafeUnsubscribe® link, found at the bottom of every email. Emails are serviced by Constant Contact.

You Are Not Alone. Get Help Today!

You Are Not Alone.
Get Help Today!